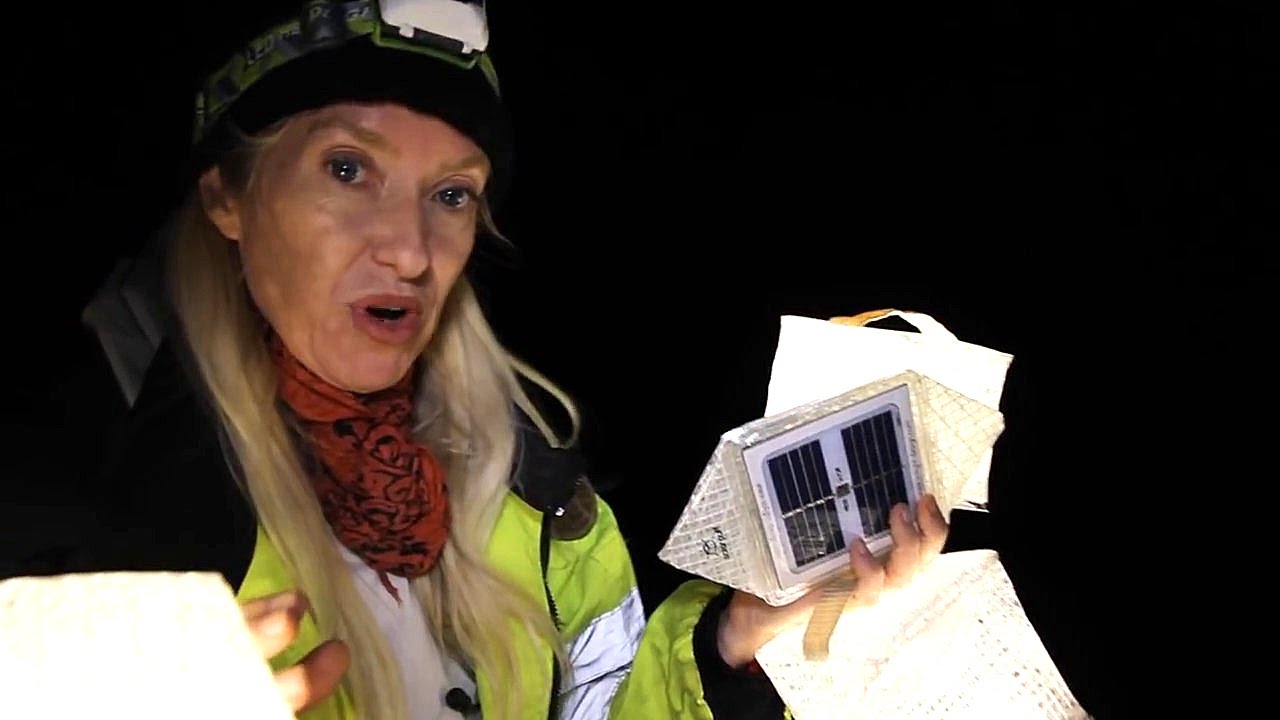 The 2017 hurricane season has been devastating for Puerto Rico’s 3.4 million residents. One of the major challenges has been resurrecting the island’s antiquated electricity system.

When Hurricane Maria hit, more than half of the tropical Caribbean island’s households were living in the dark without lights, refrigeration, air-conditioning and access to computer networks.

he hurricane season has been devastating for Puerto Rico’s 3.4 million residents. One of the major challenges has been resurrecting the island’s antiquated electricity system.

It was months after Hurricane Maria hit, yet more than half of the tropical Caribbean island’s households were still living in the dark without lights, refrigeration, air-conditioning and access to computer networks.

While the local authorities worked to resurrect the island’s power grid and erect new poles and lines, the iAID Disaster Relief team arrived in Puerto Rico to receive the delivery of 4,000  solar powered lights.

These solar-powered, portable, waterproof, rechargeable lanterns were distributed to families who did not have access to a generator; who could not afford the fuel to feed a generator; or those whose homes were still too unsafe due to flooding.

The iAID team left happy knowing that they have some light during the dark hours of the night.

Once the iAID Puerto Rico team shares the details of the solar light distribution, we’ll blog some of the stories and photos from the families who receive them.

This iAID Solar Light Disaster Relief Technology Project in Puerto Rico could not have been made possible without the generous support of our partners – SoLight Design, Dr Alison Thompson of Studio Unite and DHL Global.

Solight Design is a New York-based global social enterprise delivering affordable solar lighting solutions to those in need. Cofounded by Alice Chun, an architecture professor interested in solar-powered light, when Haiti was struck by a devastating earthquake in 2010 Alice turned her studio at Columbia University into an innovation lab to develop solutions to help Haiti. The result was the SolarPuff™, a portable, water-resistant, cube-shaped, collapsible, rechargeable solar lantern.

Alice also founded Studio Unite in 2010, a non-profit organization to help use architectural approaches to disaster relief and people lacking access to electricity. Studio Unite Executive Director, Dr Alison Thompson, a full time global humanitarian volunteer from Australia, was instrumental in making iAID’s Puerto Rican SolarPuff project a reality. Studio Unite acts as a liaison between local leaders, non-profits, community organizations and for-profit businesses to create a productive exchange of resources to facilitate the recovery and growth of communities in areas of need.

So why, after more than two months, are Puerto Ricans still without access to electricity?

It’s a complex story…so here’s some of the background.

Puerto Rico’s government declared bankruptcy in May 2017 and since then has been trying to restructure more than US$70 billion in debt.

Its infrastructure is ageing and in disrepair on a good day, let alone after two destructive hurricanes, and now it can’t borrow money to fix it.

Associated Press reports that the island’s finances are currently controlled by a federal board, which made just US$1 billion available for relief. But Moody’s Analytics, a financial services firm, estimates Hurricane Maria could cost Puerto Rico $45 billion to $90 billion.

The government of Puerto Rico has asked US congress for a US$94.4 billion relief package. US congress has approved nearly US$5 billion in aid but the Federal Emergency Management Agency (FEMA) is leading a sluggish recovery effort, complicated by the washed-out roads and spotty communication.

Puerto Rico’s energy system has been problematic for a long time. It’s government-owned power plants are fossil-fuel-based and are on average over 40 years old, compared to the worldwide average being 18 years. Run-down and crippled by years of neglect, the island’s electrical grid infrastructure requires a major overhaul.

On 7 September 2017, Hurricane Irma, a huge Category 5 storm whose eye passed just north of the island, took down much of Puerto Rico’s aging power grid. Then on 20 September, Hurricane Maria, a powerful Category 4 hurricane with 150 mph (240 km/h) winds, made direct landfall on Puerto Rico and finished the job. Associated Press reports that Hurricane Maria knocked out 80% of the island’s power transmission lines.

Maria was a slightly smaller storm than Irma, but it was far more devastating because it charted a course directly over Puerto Rico. It hit near its peak intensity close to the capital San Juan, which is home to about 400,000 people. According to the US National Center for Atmospheric Research, Maria was almost as strong as a hurricane can get in a direct hit.

Bisecting the entire island and drenching it with torrential rains resulting in widespread flooding, destruction and loss of lives, Maria left nearly all 3.4 million residents of the impoverished American territory without electricity.

In the past two months Puerto Rico’s state-owned utility company, the US government and workers on loan from other utilities have been installing new poles, lines and power distribution circuits to replace those blown away by the storms. But despite the progress that has been made, reports estimate 50% to 80% of Puerto Rico continues to live in primitive conditions and soldier on without electricity.

According to press articles, Puerto Rico Governor Ricardo Rossello has pledged to restore power to 95% of the island’s residents by mid-December. Meanwhile, the US Army Corps of Engineers is less optimistic, saying it expects to reach just 75% by the end of January 2018.

iAID is also preparing to launch another project to assist Puerto Rico recover from the immense infrastructure damage caused by these storms.

In collaboration with the Puerto Rican government, iAID will focus on introducing Puerto Rico to innovative new technologies to be used in the construction of a new community water filtration system that will provide access to clean water to 100,000 households.

The project is being funded by members of the Hispanic community in the United States and the American Federation of Teachers (AFT).

Look out for more about this project on our blog and social media channels in the months to come.

This iAID Relief team did this mission in Puerto Rico with help ..

It would not have been possible without the generous support of our partners – So Light Design,