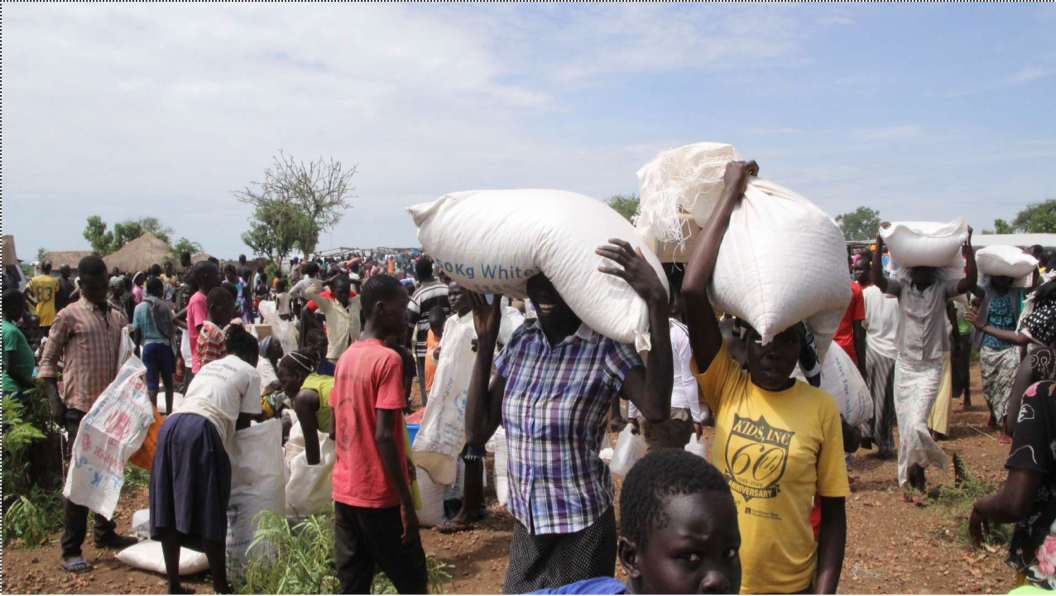 Thanks to the generous financial support of a private investor in the United States, iAID has completed two lifesaving emergency aid missions to help South Sudanese refugees in the Rhino Refugee Camp in Northern Uganda, where the malnutrition in children is at crisis point.

‍
The food program took place in two stages August and October 2017 in the Rhino settlement, which is home to 102,000 South Sudanese refugees. iAID implemented the program upon the request of the United Nations World Food Program (WFP) and the Ugandan Prime Minister’s Office. The Rhino Settlement in Arua District is Uganda’s 4th largest refugee camp with a population as of August 2017 of 102,000 South Sudanese refugees.  The world’s fastest growing refugee crisis is now centered on Uganda. Since mid 2016 the central African nation has taken in around 1.3 million people — more than Greece, Turkey or any other country in the world at the height of the 2016 crisis in Europe.

‍
Food insecurity is a major issue in Africa with sustained famine cycles in the region. The current scale of malnutrition and hunger in South Sudan has had an extraordinary impact on Uganda, which is also in drought. Every day around 2,000 people stream across Uganda’s borders – most are from South Sudan, which was declared to be in a state of famine early this year. Consequently, new refugee settlements have sprung up along Uganda’s northern border with South Sudan every few months.

‍
The great challenge for Uganda is that 82% of the South Sudanese refugees are women and children, as well as many thousands of unaccompanied vulnerable children who have fled without their parents; 61% are children under 18; and 3% are the elderly. In the European crisis, 70% of the refugees were men.

‍
It has, however provided iAID with an opportunity to work with the Ugandan Prime Minister’s Office to assess conditions and then research and identify what technologies can be employed to assist with clean water, clean energy, power for charging phones and mapping the movement of the refugees”.

‍
Cooking over an open fire with wood, charcoal or coal might seem like a healthy way to live, but the World Health Organization (WHO) reports that many millions of people in underprivileged populations in Latin America, Africa and Asia die each year from the direct and indirect effects of cooking with these solid fuels. In addition, there is the devastating environmental impact of deforestation caused by felling trees for cooking and heating fuel. A safe and sustainable solution to this issue is one of the UN global objectives.

‍
Using organic waste to produce methane gas is not a new concept. For the past 20-30 years very primitive and basic methane-producing composting devices that are difficult to install and operate have been in use in developing countries like China and India. But, the difference between a composter and a bio-digester is that composters generate untreated methane gas, which is actually harmful to the atmosphere. Bio-digesters take organic waste and convert it into a fuel known as biogas. Bio-digesters use an anaerobic process where oxygen is removed and bacteria is used to breakdown the waste into their components, a combination of methane gas and carbon dioxide.

‍
Help iAID #disruptpoverty through the power of innovation and technology to change lives. Please share our stories of how technology and innovation can so positively impact sustainable development projects and disaster relief outcomes.Facts &